AARON has over two decades of Tap dance experience, he received his early dance training in his hometown of Albany, NY, and has worked professionally for the past 10 years in NYC, which he now calls his home. Aaron currently tours teaching Tap for Revel Dance Convention, has toured with Break The Floors 24 Seven Dance Convention, Shuffles NYC, Dance Masters of America and Sheer Talent Competition and Convention. Currently you can catch him teaching at Broadway Dance Center in New York City, as well as the American Tap Festival , a week long tap intensive directed by Mike Minery and Anthony Morigerato. He also teaches weekly classes throughout NYC, and travels the country to choreograph and instruct master-classes. Aaron enjoys teaching and passing on his love for dance to younger generations, his passion for dance education has lead him to the title of Area Director for the Inspirare Dance Workshop, a personalized dance intensive that encourages personal and professional growth for dancers of all levels and ages!

Aaron has also enjoyed a career in concert dance, working as a soloist and collaborator. Solo performances include “The Best of Duke Ellington’s Sacred Concerts” conducted by Roland Carter. He has traveled through Europe Dancing with The Tap Factor, danced on season 1 of NBC’s hit show World of Dance. He was a company member and soloist for AM Dance Project, in New York City under artistic director Anthony Morigerato, and performed at the NY City Center in the 125th anniversary show for Capezio. Aaron was also a performer, in TAP: The Show!, choreographed by Mike Minery, as well as the associate choreographer and dance captain for the National Tour.
Aaron has danced, choreographed, and entertained for corporations such as FedEx, Hershey Entertainment, and Gaylord Opry Entertainment among others. Favorite theatre credits: 42nd Street, White Christmas, Thoroughly Modern Millie, and My One and Only.

SAMANTHA, a New Jersey native, began her dance training at an early age. She performed in the Nutcracker with Ballet for Young Audiences and later was a featured soloist with the Livingston Symphony Orchestra.  While in high school, she began assisting tap dancer, Nick DiNicolangelo, at Adrenaline Dance Convention.  In 2008, Sam was the recipient of the Harlequin Dance Scholarship and she went on to receive her BA in Sociology from Quinnipiac University.

While at Quinnipiac, Sam was a 4-year member of the Dance Company as well as President and choreographer.  In her senior year, she was voted MVP of the team and her choreography was selected for the Undertoe Dance Festival in New York City.  After graduation, Sam joined the Hands Down Tap Project and she was featured in their first three shows.  Her students have performed in the Radio City Christmas Show, Billy Elliot National Tour, and Matilda.

Her choreography has won awards on both a regional and national level.  Sam was interviewed as a “Leading Lady” for IWantHerJob.com.  She is the founder and director of Mind Body Sole Tap Intensive and continues to choreograph, teach, and adjudicate across the U.S. 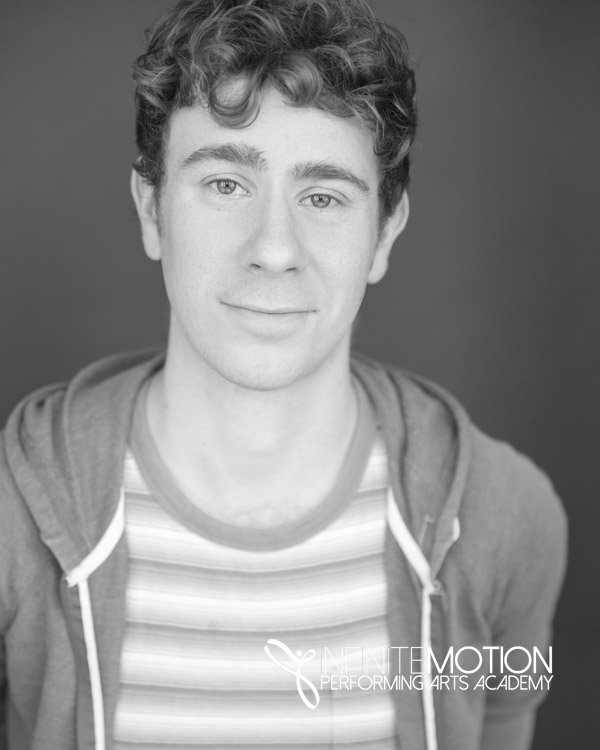 Andrew holds a BFA in Musical Theatre, and has been working professionally on stage for the past 15 years. Credits include: New York City Center Encores: Grand Hotel the Musical and Big River. National Tours: Elf the Musical (The Kennedy Center in Washington DC, 2 years at Madison Square Garden), Rudolph the Red Nosed Reindeer (Madison Square Garden), and LeFou in Disney’s Beauty and the Beast (LA, Chicago). Other credits include shows at Pittsburgh Civic Light Opera, North Shore Music Theatre, Stages St. Louis, Fulton Theatre, The Joyce Soho and Northern Stage. He was also a featured co-star dancer on the final season of Unbreakable Kimmy Schmidt on Netflix for NBC/Universal.

Andrew is additionally the Rehearsal Director of Freespace Dance in Montclair, and the Development Director at Skyline Theatre Company in Fair Lawn, where he has performed in numerous shows, including playing George M. Cohan in the premiere of “That Yankee Doodle Boy; A Tribute to the Life of George M. Cohan” in 2019.

JESSICA began her dance training at Dancers in Motion in Nutley, NJ. Here, she was on the competition team and assisted the owner, Taheerah Joy Allen, in teaching ballet and tap to children of the ages 2-6. After years dancing competitively, she joined a dance training program in NYC which transformed her view on dance and taught her various styles including contemporary, street jazz, Latin fusion, hip hop, jazz, tap, and more.

After a year in the training program, she became an assistant for the director, Ali Koinoglou, and was invited to be a part of the adult performance company. Jessica trained at Broadway Dance Center, Brickhouse NYC, and PeriDance Capezio Center under the direction of Sheila Barker, Theresa Stone, KC Castellano, Emily Bufferd, Marcus Allan Cobb, Phil Orsano and many more. She was given the opportunity to assist Emily Bufferd at the Joffrey Summer Intensive and Ali Koinoglou at the iDance4ACure convention.

Jessica attended numerous conventions throughout her dance career i.e. Artist Simply Human, Artistic Dance Exchange, The Pulse on tour. She has always been one to help others in class and was so lucky to have instructors willing to train her how to assist and eventually teach her own classes. Her first teaching job was at 5678 Dance in Levittown, NY where she taught the age 8-18 Ballet and Lyrical. Miss Jessica is looking forward to sharing her love for dance with her students!