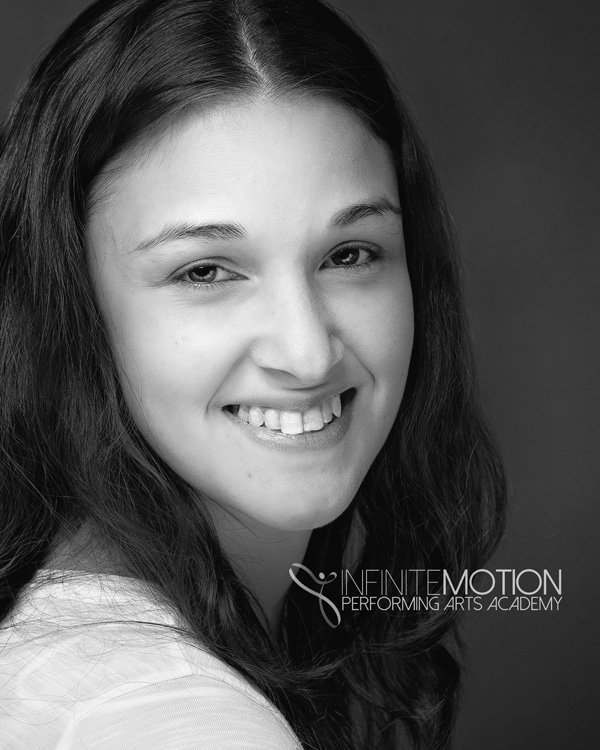 MICHELE has been dancing since the age of three and was trained in jazz, lyrical/contemporary, hip hop, ballet, and tap. In college, she has added Horton and Limon techniques of modern dance to her styles of education. Michele received her Bachelor of Fine Arts degree in Dance from Montclair State University. Senior year of college, Michele attended the American College Dance Festival at Elon University. She performed a piece called "Running Spirits" by Earl Mosely and took several master classes. She has performed in a variety of venues, such as Six Flags Great Adventure, Disney World, Garden State Plaza for Tommy Hilfiger Products, and 92nd street Y.M.C.A. in New York City. Michele was a member of MASCARA: A Dance Project for five years and has been showcased in New York City's "Don't Tell Mama's" cabaret and featured at the Jersey Shore Arts Center in 2011. Her educational background includes various dance conventions such as Co. Dance and The Pulse, working with Tyce Di Orio, Wade Robson, Tracie Stanfield, and Sheila Barker to name a few.

From one of the many dance competitions she attended, Starpower Dance Competition selected Michele for a Power Pak Dance Tour in Las Vegas, NV and Branson, MO at the age of 14. Michele has been teaching children of all ages since she began college teaching jazz, hip hop, musical theater, and ballet. Furthermore, Michele enjoys being the dance instructor for Rockland Center for the Arts Summer Day Camp since 2008. At the camp, she has worked with girls and boys ages 5 through 12. Also in 2008, Michele was asked to choreograph for the theater production of "Godspell" at Bergen Community College. Since 2012, Michele teaches Body Toning at a local Senior Center. She is also a licensed Zumba Instructor for adults. Seasonal workshops are held here at the Academy. Michele is a lead teacher for Youth in Motion, Dance for Daycare and continues to teach for local daycare facilities for the Academy's external programs. Michele is a licensed Zumba and Zumbini instructor.